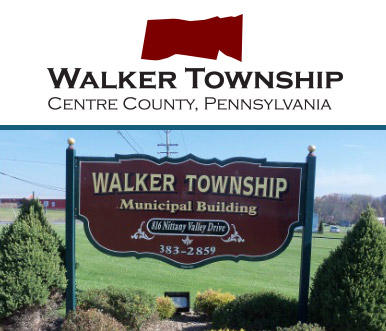 One of the oldest Native American artifacts in Centre County was found on a farm in the township.  It was dated about 9000 B.C.

These are just a few of the interesting facts about Walker Township.  If you are interested in learning more of the history of the township the following books are available for purchase at the Walker Township Municipal Building: